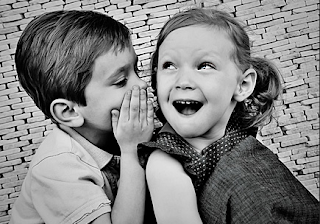 Verse 4.3: That very ancient science of the relationship with the Supreme is today told by Me to you because you are My devotee as well as My friend and can therefore understand the transcendental mystery of this science.

As with most things of value, there is a price to pay for getting the "real deal". For material things, that price is often money. However, to truly understand bhakti, the price is something a little different - it's the price of faith and relationship.

That's what we hear Krsna say to Arjuna today. Krsna is saying, "I am revealing this science of bhakti yoga to you because you are my friend."

That in essence sums up the secret to successfully practicing bhakti yoga - staying in the association of and developing real and genuine friendships with bhakti yogis.

Often we've described how bhakti yoga is not something that can be learned from books and texts alone. That's because....

Bhakti requires guidance because it is a transformation of heart and attitude.

Such a transformation occurs more quickly when one is in the company of those whose hearts and attitudes have changed. However, it requires that we make an investment of time and faith in developing relationships with such persons. The hearts of the great bhakti yogis are soft as butter since they are actively trying to live a life of compassion, gratitude and service. However, as with any treasure, they guard that bhakti with great attention and care.

For most of us, our best friends are those that we have spent a lot of time with since it is only then that both sides start trusting each other and start to speak from the heart. Similarly, the heart of the bhakti yogi is revealed when a relationship based on respect and affection is established.

For anyone who wants to get to the heart of bhakti, the best way to do so is by securing a place in the heart of a bhakti yogi.