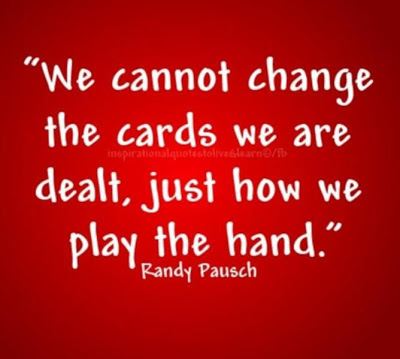 As a child I must have read the Mahabharata over 30 times, I kid you not. Although I knew it was part of the bhakti tradition, I wasn't able to appreciate the subtleties until I rediscovered and started practicing bhakti yoga seriously.

Of the many characters in the Mahabharata, and there are many, in this verse we hear of the son of Draupada. The story of his birth is an intriguing one and so I'll briefly give the highlights here by narrating it as concisely as possible.

When Drupada was growing up, he had a great friend in a boy named Drona. The main difference between the two was that Drupada was the heir apparent whereas Drona had the inclinations of a scholar and sage. Despite those differences, in their childhood they were the best of friends, so much so that once Drupada promised Drona half his kingdom.

As they grew up and went their separate ways, Drona had a son. At the time, living the dutiful life of a brahman, or one who teaches and provides counsel, Drona lived a life of poverty. Although he did not mind, his son once came crying to him saying that he wanted milk and Drona could not provide it.

Remembering the friendship of Drupada and his promise, Drona went to visit the now King Drupada expecting to be treated with affection. All Drona wanted was for Drupada help him out. However, Drupada, know being old enough to realize that there was a difference in status, denied his knowing Drona and threw him out of his court.

Once the training of these young boys were complete, as the tradition was in Vedic times, Drona asked for an honorarium. The task- capture and defeat Drupada. Both cousins attempted to fulfill their teacher's request with the Kauravas going first. They went with a huge army only to come back defeated. The five brothers (the Pandavas) went alone and returned victorious. Arjuna the archer, and that whom to which the Gita is spoken to, bound up Drupada and along with his brothers delivered him to Drona.

Drona forgave Drupada but took half his kingdom and expressed to Drupada his desire that they become friends again. Drupada, however, being a warrior and one that had been humiliated, sought revenge.

Drupada realized that he could not slay Drona himself and so he performed a great sacrifice with the intention of begetting a son who could. His son's name was Dhristadyumna.

Now, in many ways Drona did not act according to his nature. As a brahman it was his duty to teach, guide and counsel, not to exact revenge and take on half a kingdom. However, that being said, Drona did at times act very magnanimously and in line with his duty.

There is no greater example of that as when knowing full well that this son of Drona was born to kill him, Drona still taught all he knew about the military arts. Can you imagine acting in this way? Knowing full well that someone will take that is most precious to you and teaching them the tools by which they can do so?

That is what is being alluded to here in this verse. The leader of the Kauravas is reminding Drona, "Look at the army of our enemy that has been expertly arranged by your student." Essentially insinuating, "this is your fault." However, nothing could be further from the truth. For once, Drona acted appropriately and accepted the results of his own actions (i.e. humiliating Drupada); instead of exacerbating the situation, he acted selflessly.

The role of duty and understanding one's nature in a bhakti yogi's life is a great one. Doing what's right is not always easy but as Gandhi once said:

“It's the action, not the fruit of the action, that's important. You have to do the right thing."

In line with the Bhagavad-gita, I would add one more point to that: not only is the action important, but the consciousness that one performs it in. In this instance of Drona teaching Dhristadyumna, Drona's consciousness was that of duty and that is glorious.
Posted by Unknown at 12/25/2012 10:23:00 AM