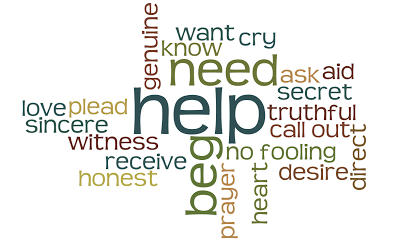 Verse 1.25: In the presence of Bhīṣma, Droṇa and all the other chieftains of the world, the Lord said, Just behold, Pārtha, all the Kurus assembled here.

Wouldn't it be nice if you could directly be told what to do or think by God? This is a question that's posed by everyone. Atheists, agnostics, scientists, bhakti practitioners, spiritualists, you name it and they've probably asked it at one time or another.

Let's face it. Life is complicated and messy. Oftentimes it's hard to know what's right or wrong because our minds are totally befuddled. There's so much information coming at us from all different directions that it's so difficult to even know what's relevant, what to speak of what's right.

So what's the easy way out? Have someone tell us what to do. But we don't want just anyone, oh no. We want someone who will be able to guarantee us that choosing that advice or course of action will lead to the right outcome. That's why we often hear people pose the question, "Why isn't God helping me?"

In order to answer that we need to figure out what makes us so different than Arjuna. How does he get Krsna's help? Now that's the secret of bhakti yoga. Arjuna is Krsna's friend. He loves and trusts Krsna and will do anything for him. Isn't it only natural then that Krsna, who has feelings and emotions just like us, will be inclined to help him?

Krsna wants to help us, but do we really want his help? That's another question we need to ask ourselves. See, Arjuna wanted Krsna's help and as we'll soon see, will ask for it with all sincerity. Now be honest with yourself. Do you really want God's help? Because if you really want it, it's already there.

It's already there because God resides in each and every one of us. He's sitting there in our heart acting as a witness to everything we do. What's more, he's privy to all our thoughts and intentions. Not just the one's we vocalize, but the one's that are there buried inside.

That's the catch. There's no fooling Krsna. He knows. And if we really ask for his help, he'll give it.