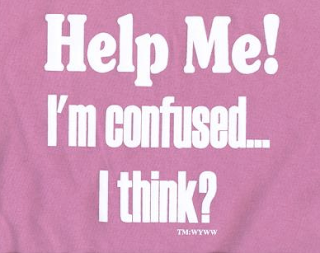 Verse 2.33: If, however, you do not perform your religious duty of fighting, then you will certainly incur sins for neglecting your duties and thus lose your reputation as a fighter.

It was only when I studied the Gita under the guidance of extremely advanced and qualified bhakti practitioners that I began to understand something crucial. There is a time and place for everything. Nothing is good or bad. Take for example a knife. In an expert surgeon's hand, it's an instrument of healing and help whereas in the hands of a criminal it can be used to inflict harm.

In this case, Arjuna is a leader, an administrator and a protector. Therefore it is his duty to take care of those who depend on him. Duryodhana, who wrongfully usurped the kingdom, is not a qualified leader due to the fact that he took power through trickery and force. We forget that the consciousness of anyone in a position of power has a direct impact on others. In this case, since Duryodhana is the epitome of selfishness, deceit and unlawfulness, this is what would get propagated within the kingdom.

Krsna is not asking to Arjuna to fight for himself, but on behalf of his subjects who need to be saved from this type of rule. Imagine a parallel situation. A thug is harassing someone on the road. A policeman is witnessing the situation and realizes that to help the victim, he might need to inflict some force on the thug. Thinking that utilizing force is always bad, he simply walks away. Do you think the policeman did the right thing?

Consciousness is also extremely important. Krsna is not encouraging Arjuna to fight so that he can enjoy the kingdom. Similarly, the policeman or law enforcement officer should not be motivated to help others just for recognition. It is a duty, a responsibility.

In today's day and age, the concept of acting in the right consciousness and out of duty are foreign concepts, what to speak of the fact that we don't have very qualified leaders and protectors. But that doesn't mean that the aspiring bhakti yogi doesn't fight. Oh no, we do. Our fight though is against our mind that compels us to remain complacent and lazy when actually we should endeavour to be spiritually active. Reading bhakti texts, hearing inspiring talks and engaging in mantra meditation all take effort.

It's about time, place, circumstance and above all motivation. Everything can be utilized in bhakti, even applying a little force.
Posted by Unknown at 3/21/2013 07:11:00 PM