don't play by the rules 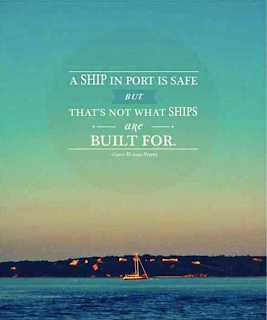 Verse 2.38: Do thou fight for the sake of fighting, without considering happiness or distress, loss or gain, victory or defeat — and by so doing you shall never incur sin.

We live in a world filled with duality. No one experiences happiness without distress or victory without defeat. In other words, to understand one thing, you also need to understand the opposite. So what do we do? We try to minimize the "bad" and maximize the possibility of getting the "good".

However, Krsna is presenting something really interesting here. He's telling Arjuna, "Don't play by the rules." What rules am I speaking of? Those that come attached with living in this world.

Did you know that? Yoga is all about not playing by the rules. Perhaps the rebel in you is rejoicing just reading that; I know my inner rebel did!

By acting in ways that increase the chances of us being "happy", we are conforming to the rules of the material world. Instead, Krsna is informing Arjuna, "There is another option!" Instead of searching after happiness, and trying at all costs to avoid distress, Krsna presents the concept of balance.

Instead of thinking of oneself and the "happiness" or "distress" that will come according to the action we perform, Krsna is suggesting that Arjuna act for the sake of acting. Interesting concept, isn't it? Putting it another way, we're being presented with the message: Focus on doing the right thing, not on doing things right.

What happens as a result? Instead of living in the future, you are forced to live in the present. Observe yourself the next time you are doing something. More often that not, when we act with the intention of getting a result "for me" (i.e. money, fame, happiness etc..), our minds tend to jump automatically to that desired result. It becomes hard to focus on the task at hand. However, if we act for the sake of doing something properly, our mind doesn't wander as much.

How is this balance, you ask? One could argue, "But isn't this actually going completely in the opposite direction. We're being asked to give up all self-interest!" Not really. The complete opposite would be to simply not care at all which is not what balance is about. The motivation to act still remains, it's just centred on performing the activity the best we can.

So go ahead and be a rebel! Take the opportunity to focus on doing the right thing, and not on doing things right.