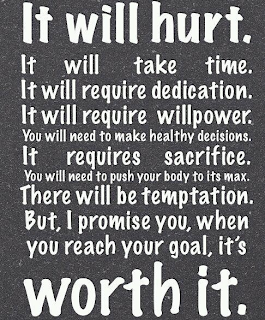 Verse 2.44: In the minds of those who are too attached to sense enjoyment and material opulence, and who are bewildered by such things, the resolute determination for devotional service to the Supreme Lord does not take place.

Sacrifice is necessary to achieve anything of substance. For an athlete it's about giving up late nights, junk food and so many other things that gratify the senses. Instead, they are subjected to rigorous practice schedules, rigid sleep times and a coach who guides their training. These athletes are able to follow such a demanding life because they have a long term goal of becoming the best in their particular sport.

So why does society laud the sacrifices that such athletes make and question when anyone else decides to decrease their sense enjoyment and need for material opulence? Just ask any bhakti yogi who first started on their path. In the beginning, oftentimes family and friends just couldn't understand why their loved ones would give up their excess material possessions and stop engaging in activities such as drinking alcohol and eating meat.

The answer is simple. They found something that gave them a higher taste - bhakti yoga. The yoga of love and devotion that gives lasting happiness to the soul.

See, sense enjoyment and material opulence in and of themselves are not negative. It's when we become overly attached to them that they act as obstacles in our quest of understanding who we really are. They act like a drug. We become attached to the temporary high that we get when we engage in them and as soon as that high wears off, we're itching for another hit. They trap us in our conception that we are this body, thereby weakening any determination we may have to pursue bhakti yoga.

We're spiritual beings who have forgotten that we are spiritual. That is the reason why we are left feeling confused all the time and, as some of us have experienced, feel out of place in this world. Krsna is giving us the solution here. He's our coach who, along with his star student, Prabhupada, is setting the guidelines by which we can remember who we really are. The success of the athlete depends greatly on the coach and as bhakti yogis in training, we have the greatest coaches. All we need to do is follow the program.
Posted by Unknown at 3/31/2013 10:06:00 PM