distractions on the path of self-discovery 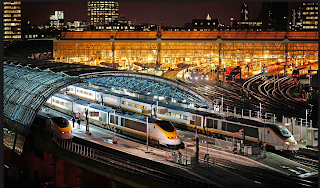 Verse 2.53: When your mind is no longer disturbed by the flowery language of the Vedas, and when it remains fixed in the trance of self-realization, then you will have attained the divine consciousness.

The point of being distracted or disturbed from our path is the subject of today's reflection. We all have goals that we would like to attain and for the aspiring bhakti yogi, there is none as prominent as attaining the perfection of self-realization. But like in anything, it's so easy to get distracted...

Krsna is pointing out one of those distractions - being disturbed by the flowery language of the Vedas. As was previously described, the Vedas give one knowledge about everything, including how to attain mystic powers, fame, fortune, wealth, power...you name it and the formula is there. One would be right in asking, "If the goal of the Vedas is to attain self-realization and engage in devotional service, then why are all these other things there too?" Great question!

We can look at it from this perspective. The Vedas contain knowledge about everything material and spiritual. If they didn't contain information on these subject matters then they would not be complete. Another important point to remember is that everyone is on their own journey of self-discovery. For some, the journey is just beginning and for others they are well along the path. The Vedas provide a road-map for persons on all levels.

Some think that attaining wealth and power is what self-discovery is all about while for others it is the accumulation of knowledge. For others it's about performing great sacrifice or engaging in meditation. According to the mind-set and experiences of an individual (not just from this lifetimes but all lifetimes before), each person may have their own definition of what self-discovery is.

The aspects of meditation and knowledge may be elements in our journey of self-discovery, but in and of themselves aren't the final destination. One can take an example of the train. The train can take us to different destinations and we, the traveler, can not only choose where to go but which train to take. If we have different ideas as to what self-discovery is, we may take different trains that take us to these small stations thinking "Ah, this is how to achieve self-discovery!" This is what may happen to the interested individual who doesn't have the benefit of hearing or learning about the ultimate path of self-discovery from an authorized source.

The Gita, can be likened to the direct train that takes us to the main station: that of self-discovery. It acknowledges the other train stations that exist, but it's encouraging its passengers (us) to not waste their time at these smaller stations. As Krsna says later on in the Gita, "I am seated in everyone's heart, and from Me come remembrance, knowledge and forgetfulness. By all the Vedas, I am to be known. Indeed, I am the compiler of Vedānta, and I am the knower of the Vedas." (Chapter 15, Verse 15). Since the Gita is being spoken by Krsna and he is stating that he is the knower of the Vedas, we can rest assured that what he is saying is authentic!

In other words, Krsna is telling us - don't get distracted! All these other things may bring some temporary satisfaction, but won't truly satisfy the self. Stay on the Gita train which is the direct line to self-realization and self-discovery. That's what will truly make us happy.