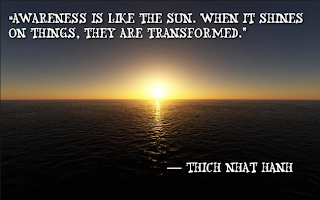 Verse 2.64: But a person free from all attachment and aversion and able to control his senses through regulative principles of freedom can obtain the complete mercy of the Lord.

For the past few verses, Krsna has been highlighting the importance of sense control. However, it should be noted that the aspect of artificial repression, which some may mistake to be the only way to control the senses, has been denounced as being less than optimal. Why is that?

Artificial repression, in this context, refers to forcibly withholding the senses from engaging with their sense objects. Although extremely determined persons can do this for extended periods of time, it takes a great deal of effort. It's not positive in any way, shape or form. The tape player of the mind is set on "Don't, don't, don't..." and for most of us, that's far from enlivening.

The Gita suggests a much more positive and practical approach - regulation of the senses. It takes into account that we are embodied beings who have senses. That means that it's only logical that the senses will want to interact with sense objects! Instead of going to extremes, the Gita speaks of attaining a middle ground. As opposed to over-indulging in sense enjoyment, one can regulate it.

The benefits of regulating the senses are two-fold. First of all, we (as souls), are back in the drivers seat and taking command of the bodies we are currently inhabiting as opposed to letting our senses dictate what we "want". Secondly, regulation allows us to take that time to determine whether or not the activity we want to engage in is beneficial to us or not. What is that judgement based on? The bhakti texts would present the basis for that decision be made on whether it helps us remember that we are eternal spirit souls or whether it only helps reinforce the notion that we "think" we are this body. Furthermore, that time allows us to get into the proper consciousness of doing everything in a spirit of gratitude as opposed to doing it for ourselves.

Regulation has gotten a bad rap when it comes to spirituality, yoga and actually any facet of life. As opposed to looking at it in a negative way, Krsna is inviting us to look at it as a means by which we can live our lives to their fullest potential. As a final thought to meditate on - regulation isn't a lack of freedom. A lack of freedom is being bound by the dictates of our mind senses and constantly succumbing to them. True freedom is being able to make a choice.
Posted by Unknown at 4/22/2013 12:57:00 PM