air freshener anyone? living under the influence... 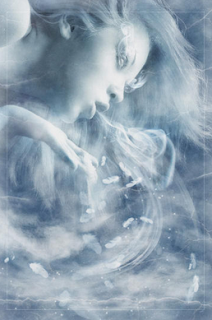 Verse 3.27: The spirit soul bewildered by the influence of false ego thinks himself the doer of activities that are in actuality carried out by the three modes of material nature.

There is a phrase that the great bhakti yogi, Srila Prabhupada, often uses in reference to the soul. That phrase is:

I love this description because it strips away everything that is irrelevant and gives us the essence. Sometimes, when things are wrapped up in nice and glitzy packages, we get distracted. Case in point - many of us are so fixated on the body with all it's functions, abilities and appearance that we may forget what's really important - the soul inside.

Equally important to realizing that we are eternal souls, is the nature of the soul. Its nature can be summed up in two words: to serve.

Everything really falls in place if we understand these two points of service and the soul. Our desire to find our true calling and contribute to the world is in fact rooted in our innate nature to serve.

But...we face a challenge. We encounter it on a minute to minute basis and may not realize that it is in direct opposition to the soul's propensity and inherent nature of service. That challenge is otherwise known as: the false ego.

The false ego is like a voracious eater and the food it subsists on is control and recognition. Now before going any further, it's important to highlight that desiring control and recognition is not wrong or negative. It does, however, become a challenge when the false ego, which is always screaming to take credit of all activities that are being performed, interferes with our inherent nature to appreciate and recognize the Divine.

In fact, the soul doesn't crave recognition, control or anything else. It simply craves eternal and ever-lasting love. Under the influence of the false ego, we get bewildered into thinking that these other externals may somehow lead to that love.

Just as the air takes on the smell of any environment that it passes over, similarly the soul (having been in contact with the false ego for so many lifetimes) also takes on the influence of the false ego's association.

The temptation may be there to cover up the outward manifestations of the false ego, similar to trying to cover up a bad odor with a pleasant one. However, it just doesn't work. It may be a temporary fix, but those tendencies always comes out, often at the most inopportune times!

The only way to give up the influence of the false ego is by changing our association. By practicing mantra meditation, introspection and spending time with advanced bhakti yogis, we'll start to recognize the stink of the false ego. After all, it's only when you recognize the stink that you'll want to disassociate from it! By becoming aware of the ways that the false ego lures us in, we'll learn to not only ignore it, but gradually give up it's association completely.
Posted by Unknown at 6/14/2013 01:36:00 PM