attitude and the senses 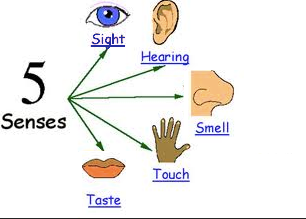 Verse 2.9: Sañjaya said: Having spoken thus, Arjuna, chastiser of enemies, told Kṛṣṇa, "Govinda, I shall not fight," and fell silent.

The sanskrit to today's verse includes one of numerous names of Krsna - Hrisikesa. Hrisikesa means he who is the master of all senses. Arjuna in saying that he will not fight is taking on the position of all of us. He is still putting his personal sense gratification first. He is thinking that performing his duty as a warrior will bring him pain and so is situated in the "I am this body, and everything, whatever we find in this world, belongs to me" mentality.

But, as most of us have already figured out, this doesn't work. We can of course adopt this mentality, but it doesn't take us very far. Instead it brings us frustration and anxiety. Like a small child who is throwing a tantrum, we refuse to accept that there may be another alternative.

Our senses can ultimately only be utilized for one of two things: ourselves or in the service of pleasing God. What many don't realize is that pleasing God will always bring us happiness whereas selfishly trying to satisfy our own senses, without acknowledging God for everything that we receive, only serves to further inspire us to become more selfish and illusioned.

See, the senses are not the problem in and of themselves, they just act as a medium. It is the attitude in utilizing this medium. This is not to say that we should never try to take pleasure in our senses, it is just the way we go about it. Bhakti is so practical that it explains to us in great detail how all the senses can be used:

Once there was a great king called Ambarisa who was (and is still) famous amongst bhakti yogis. He is held as a role model because despite having all the luxuries associated with royalty, his only interest was the spiritual welfare of his people. He is known as one of the greatest practitioners of bhakti yoga since he used all of his senses to bring pleasure to Krsna.

Try it and see for yourself. A simple way to begin this experiment is to simply become more aware of everything that is being given to you and take the time to say "Thank you Krsna." You'll begin to see that your whole world will change for the positive.