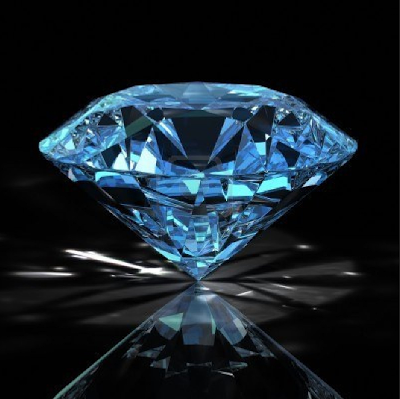 Verse 2.5: It would be better to live in this world by begging than to live at the cost of the lives of great souls who are my teachers. Even though desiring worldly gain, they are superiors. If they are killed, everything we enjoy will be tainted with blood.

Arjuna's words really hit me hard today, "Better to live in this world by begging..." This is not just anyone, but a person of kingly descent who is stating this.! It reveals to us what real detachment looks like and what true duty. Arjuna is on the battlefield only out of a sense of duty - to regain the kingdom that is rightly his (and his brothers) so that they can properly take care of the inhabitants. Arjuna has no attachment to wealth, as we can see by his words here.

The reason is we are empty and we don't realize it. We are beggars who think that a large bank account can fill the void that is growing larger in hearts. Name, fame, profit, adoration - everything that the material world promises can be likened to Monopoly money. It's fake and you can't actually do anything with it in terms of actual reality.

Gone are the days when children and adults alike are encouraged to question, "Why are we here? Who are we? What are we meant to do?" Instead those questions have been replaced with, "How much do you make?" and "How much influence do you actually have (i.e. what is your Klout score on Twitter?)".

I can't claim to not want name, fame, adoration, prestige and wealth. Wish I could, be that wouldn't be honest. However, the little I can claim to know is that it won't make me happy. I know this because I've experienced happiness. It's been when I've been singing my heart out in a kirtan. It's when I've been fortunate to get a few precious moments hearing directly from my spiritual mentor. It's when I've felt Krsna's direct reciprocation and grace in my life.

None of those moments involved any great wealth, but they left an indelible impression in my heart. The realization that despite still being attracted to the externals of the material world that it's only my relationship with Krsna and those who are dear to him that really fulfill me.

Arjuna can easily turn his back on wealth because he has the greatest wealth sitting beside him on his chariot and he knows it! He has has Krsna. In relation to this, there is a beautiful story of how much Arjuna values his relationship with Krsna that I would like to share.

Before the battle began, both Arjuna and Duryodhana came to see Krsna. Duryodhana arrived first and immediately sat at the head of the bed where Krsna was resting. Arjuna came sometime later and immediately went to Krsna's feet where he folded his palms and offered prayers. When Krsna awoke, he saw Arjuna first and a moment after twisted his body around to see Duryodhana. Duryodhana immediately spoke up and said, "Krsna, I came first and so according to etiquette, you must give me preference." To this Krsna replied saying, "What you say is true, but when I woke up the first person I saw was Arjuna. Besides, he is also younger and so we must give him preference." Duryodhana agreed and so Krsna continued saying that, "I know you have both come to me to help you out in the battle. However, I must tell you that I have taken a vow not to fight. So you may choose. You my have the large powerful army which I have at my disposal, or you can have weaponless me." Arjuna immediately chose Krsna and Duryodhana walked away happy with Krsna's army, not realizing that without Krsna on his side victory, morality, opulence and power could never be within his grasp.

This pastime illustrates Arjuna's love and faith in Krsna. He didn't care if he wins or loses as long as he had Krsna on his side. This is what true happiness is about - the realization that our relationship with Krsna is the most important thing. All the happiness, satisfaction and knowledge that come along with it are merely side benefits.
Posted by Unknown at 2/05/2013 12:19:00 PM