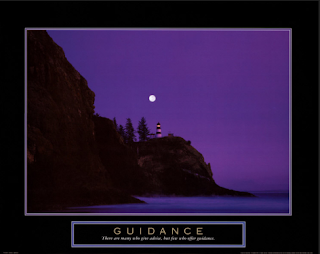 An interesting paradigm is set forth here which one can easily be confused by. It almost appears that Krsna is saying that nobody can actually kill or harm anybody (please note- this also pertains to animals!!!) since the soul cannot be slain. This could be easily taken out of context so let's clear that up that possible confusion right here, right now.

Srila Prabhupada, one of the foremost bhakti yogis of our time, paints a beautiful analogy to help us understand this concept. If a man is living in an apartment and you somehow drive him away from that apartment illegally, what will happen? The man will have to go out and seek some other shelter. The fact remains, however, that you driving him away illegally from his rightful place of shelter. This is a criminal act punishable by law. One cannot try to justify that by saying, "Although I have driven him away, he'll find some other place." That maybe true, but since it was his legal position to live in that apartment and since you forcibly drove him away you will be tried as a criminal and punished.

Similarly the same truth applies here. This is the greatness of realized and pure bhakti yogi practitioners. They can make seemingly confusing and intricate concepts so easy to understand.

The law, in this case, is a universal one propounded by numerous traditions, philosophies and religions: Thou shalt not kill. So, if one tries to drive another living entity out of his/her dwelling (i.e. their material body), what will happen? That soul be subject to another birth in another body according to their past karma. Though that soul will find another body to inhabit, it still holds true that you drove that soul of it's body illegally (i.e. the law states that thou shalt not kill). That means that you will be subjected to the laws of karma and will be held accountable and be punished for this crime.

This simple verse illustrates the complexities and nuances of bhakti. It is so easy to take things out of context if one does not have a proper guide to teach them. Still not convinced? Let's try to put this in a way that's extremely relatable. If you are really close to somebody and they say something, isn't it only natural that you will understand the subtexts that may underline their tone, choice of words and mood? That you will be able to glean what they really mean although others may not get it? Similarly, only those who are close to Krsna and who truly understand him, like Srila Prabhupada, can truly explain to us what Krsna is saying.

Remember, the Gita is a conversation so we can't just think to come into a conversation between two extremely close friends and hope to understand it on our own. We need a guide who is also dear to Krsna to explain it to us. Bhakti is all about personalism, so it's important to understand how to practically apply that even in the study of such great bhakti texts, like the Gita.
Posted by Unknown at 2/19/2013 01:36:00 PM