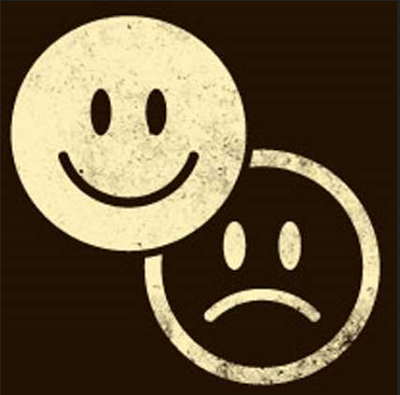 Verse 2.6: Nor do we know which is better — conquering them or being conquered by them. If we killed the sons of Dhṛtarāṣṭra, we should not care to live. Yet they are now standing before us on the battlefield.

I always find it incredibly amazing when things just line up in place. Some may call it coincidence, serendipity or luck, but I am more convinced then ever that it is direct reciprocation from God. The only thing we need to do is wake up and pay attention! Something that I certainly need to work on. :)

I bring this up because today's verse talks about duality and wouldn't you know, I was just listening to a talk on duality this morning. For those who may not understand what the bhakti texts speak of when they refer to duality, it is the aspect of labelling things as good or bad, hot or cold, black or white etc... Duality is something that surrounds us and is a large part of the material experience we are undergoing. There is a beautiful verse in the Vedic text called Caitanya Caritamrita that speaks on duality which I'd like to refer to here. The text is spoken in Bengali and I'll include it since it's so beautiful:

The translation is as follows: "In the material world, conceptions of good and bad are all mental speculations. Therefore, saying 'This is good' and 'This is bad' is all a mistake."

What I've always found of interest in this verse is the translation to the word 'manodharma' which means "religion of the mind." Have you ever thought that of your mind as having its own religion? Well, it does! And that religion is to categorize things as good or bad. See when the mind is trapped in the illusory conception of life (i.e. seeing everything separate from God), then its only frame of reference is to see everything in relationship to the body. Hence, the religion of the mind is different for every living entity since its frame of reference is itself. "Itself" here being the material body and not the true self- the soul.

It's a valuable lesson to keep things in perspective. We all go through moments, minutes, months and even years of feeling confused, hurt, resentful and misunderstood. When we feel this way it's because we are seeing good and bad in relationship to something that is only temporary - i.e. our material body. We get so worked up, no? Then we feel justified to act in a way that is unbecoming of a true lady or gentlemen.

I've taken to running my own personal experiment. I've stopped trying to label things that are and aren't happening to me as good or bad. Instead, it's simply an "experience". Although I'm still in the initial stages of my research, I notice that my mind isn't as disturbed as it normally is. Instead of boiling up inside and feeling that/it/he/she is good or bad, I consciously try to simply observe the situation, note the feelings that come up (bhakti is not about becoming numb or emotionless!) and try to look for the root cause of my emotions. Every single time, I've come to the conclusion that when I start to label something as good/bad it's because I'm perceiving the situation a certain way in relation to my body. I'm either feeling that I don't get enough credit, honour, glory, am misunderstood....the list can go on forever.

If we could only look for the lesson, life really wouldn't be so complicated. I'll end today by relating a small story that my spiritual teacher shared in a class today.

Close to thirty years ago, my guru was living in an asrama and was heading up a project to distribute bhakti texts across North America. The asrama received a new leader in charge and for whatever reason he would take to putting down my spiritual teacher. My teacher related how much this hurt his heart. He never told anyone, but at a certain point in time it was starting to become unbearable (i.e. he felt the situation was really "bad"). However, he was praying to Krsna to please help him and it just so happened the person who was insulting him went away for a few days. During that time, my teacher was asked to give a series of classes on a beautiful bhakti text called the Srimad Bhagavatam.

The story and texts he was asked to speak on were in relation to a great bhakti yogi who was being insulted. There, that bhakti yogi responds to the insults by saying that he is not affected since all the insults are in relationship to his body and not his true self - the soul. So why should he feel hurt or disturbed, since it actually has no meaning! My spiritual teacher felt such relief in these words and in fact from that day forward started to feel grateful to the person who was insulting him!!! He felt that, "This person is helping me to realize that I am not this body." When this person came back to the asrama, my teacher started noticing that this person stopped insulting him after some time. In fact, years later, this person actually came and apologized profusely to my teacher.

I find this experience so inspiring. It goes to show that everything we undergo here in this material world is simply happening to teach us that we don't belong here. The body we are in right now is not our permanent residence and so everything that we undergo that is seemingly good/bad is simply a tool to help remind us of that.

So the next time you feel something is good/bad, try not to engage in the religion of the mind. Instead, look for the beautiful lesson that is actually of value - we are spiritual beings having a material experience.