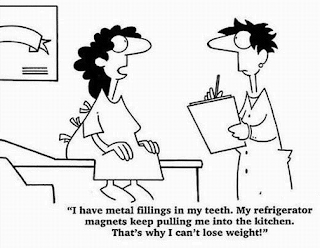 Verse 3.1: Arjuna said: O Janārdana, O Keśava, why do You want to engage me in this ghastly warfare, if You think that intelligence is better than fruitive work?

Excuses. We all make them. Sometimes it can be for extremely good reasons and sometimes pretty lame ones, but one thing is certain. It's a universal pastime!

There can be many reasons why we give excuses so I won't even attempt to list them all here. Two, that I find to be most common are: "not feeling like it" and not understanding the importance behind doing something. Note, I didn't include the responses that we give when we are genuinely not able to follow through on something due to a lack of time and/or resources. They are reasonable explanations and apologies, not excuses.

But the other two...well...let's investigate them a bit further.

When we don't feel like it, thanks to our frenemy (and yes that's actually an accepted word as per the Merriam-Webster Online Dictionary and Wikipedia) mind, excuses are our go to default. Interestingly, it seems that the validity of the excuse is directly proportional to how much we care. Ever notice that? If we don't care about what we are supposed to do and whether we are letting someone down (including ourselves), our excuses really aren't that great. Some of us may just honestly come out and say that "I didn't feel like it" if questioned why we didn't follow through on our commitment.

Another reason why we may give excuses may be due to the fact that we don't understand the significance or importance of something. For example, if we don't understand why it's necessary to brush our teeth twice a day, then we won't follow through on it. Instead we may be do it sporadically or ignore it completely.

Where it gets confusing is when the reason behind giving an excuse is a combination of not understanding the significance behind something AND not feeling like it.

That's what we encounter here with Arjuna. Although it has been explained why it is important to work according to one's nature in a spirit of detachment, Arjuna still doesn't feel like fighting. Be honest now, we've all been in that situation. We may be gone to the dentist and been advised that we need to floss and brush our teeth more regularly, but we still need more convincing.

Arjuna, is not just skilled at giving an excuse but presenting it so reasonably. It makes me realize that excuse making is truly an art form! That being said, Arjuna is also demonstrating a beautiful quality. Even if we may not want to do something, if we have trust and faith in our mentors, it inspires us to reveal our doubts to them and ask for further clarification. By asking Krsna for clarification, Arjuna is demonstrating this wonderful quality of being the perfect student.

As for Krsna? He is the perfect teacher. As we'll see, Krsna doesn't get mad at Arjuna nor does He call Arjuna out on his excuse making. Instead, Krsna will explain in even further detail the process of why and how we can engage ourselves in performing activities without becoming attached to the result.
Posted by Unknown at 5/03/2013 01:32:00 PM