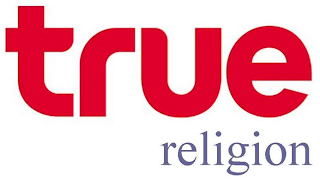 Verse 3.3: The Supreme Personality of Godhead said: O sinless Arjuna, I have already explained that there are two classes of men who try to realize the self. Some are inclined to understand it by empirical, philosophical speculation, and others by devotional service.

There's a really beautiful phrase that is contained in the commentary to this verse which I'd like to share here today:

"Religion without philosophy is sentiment, or sometimes fanaticism, while philosophy without religion is mental speculation."

Now, this phrase brings up the word religion which I'd like to discuss today in the context of bhakti yoga. Most who aspire to practice bhakti yoga (myself included), rarely if ever refer to it as a religion. Why? Because in the context of what appears to be the constantly shifting understanding of the word religion today, it doesn't really fit. Speaking of which, is there a universally accepted definition of religion these days? It seems to change depending on whoever I talk to!

Having been brought up in the tradition of bhakti, my definition of religion is the one given in the bhakti texts - to re-awaken our inherent love for the Supreme and demonstrate that love by serving Him. That's it. Done. Nothing else. Nowhere does it state that one religion is better than another.

**On a personal note, this understanding has led me to appreciate, admire and learn so much from so many religious and spiritual paths and honour the practitioners of those paths. For that, I'll always be so grateful.**

As the great bhakti master Srila Prabhupada often quoted, "Any religion is a true religion if it teaches one to love God." So by that definition, sure bhakti yoga can be considered a religion...but even then, I would argue that most bhakti yogis would still feel uncomfortable saying that. It's so much more. Again, this doesn't mean that bhakti proclaims to be "better" than anything else, it's just that there's a lot more to it.

Bhakti yoga is a lifestyle. It's not something that you just do once or twice a week, although that option is also there for beginners. To feel the full effects, it's something you live and breathe.

It's also not just about understanding intricate and complicated philosophy; it's about practically applying that knowledge in one's life which results in positive transformational changes.

That's the essence of the quote I pulled out from the commentary given on this verse. To truly follow any path, there need to be answers to the questions our doubting minds often present. If we are not given access to those answers, sometimes all we have is mere sentiment. It may be a nice feeling, but when our doubts overcome us, we don't have the strength to continue along the path. Or even worse, there's nothing to set us straight and so some may give their own interpretations and use that to justify engaging in abominable actions all in the name of spirituality/religion.

On the flip side, if all we have is philosophy, it may be very hard to act like a normal human being! That's just my opinion so feel free to disagree! I've found that sometimes those who just hang on tight to philosophy alone find it very hard to access the softer side of their emotions. Everything has to be clear cut and even the idea of miracles or blessings may be hard to accept.

What attracts me most to the practice of bhakti is the fact that it does not solicit or ask one to give up one's own spiritual path or religion. I know so many Christians, Jews, Catholics, Muslims, Buddhists, etc., who all practice bhakti yoga in their daily lives. In fact, many have told me that it makes them an even more devout practitioner in their own path.