what's your happiness dependent on? 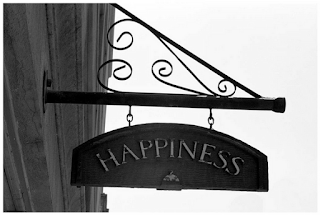 Verse 3.18: A self-realized man has no purpose to fulfill in the discharge of his prescribed duties, nor has he any reason not to perform such work. Nor has he any need to depend on any other living being.

Why do we work? I ask since it's a question I pose to myself everyday! For the lucky ones' the answer may be as simple as they love what they do. For others, and I kid you not, it's simply to pass the time. For many though, the answer is money.

I've always felt the concept of money to be kind of silly. It's not as though the actual pieces of paper or coins are valuable. I understand that it represents something, but aside from that fact, it's curious to observe how obsessed society is with making money. In pondering this, I realized the reason for this obsession is actually rooted in the eternal quest to find happiness.

For many, money represents a way to find/buy happiness.

Being brought up in North America, a part of me had also become influenced by this notion. That's probably why I always felt disturbed by the "so-called" poverty in India, especially during my earlier visists. I remember thinking that the hut dwellers who lined the many bustling streets must live such unhappy lives.

However, as I grew older, I started to realize something - many of these individuals were happy! It totally shocked me. Sure, if they had the opportunity they would probably prefer a steady income and a better roof over their heads, but they were quite content even without it.

It was incredible to witness individuals whose happiness wasn't dependent on the objects and experiences that money can buy. Their happiness was invested in relationships and their faith in the Divine.

It's funny when you think about it, but sometimes those who materially have less, are actually spiritual millionaires.

That's exactly what the Gita is teaching us today. A true yogi is not dependent on work, money, or even their senses to be happy. All of those things will be taken away from us when we leave this body. A true yogi's happiness is found within. They are always satisfied and blissful knowing that they are spiritual beings and have an eternal connection with the Divine .
Posted by Unknown at 5/31/2013 03:59:00 PM