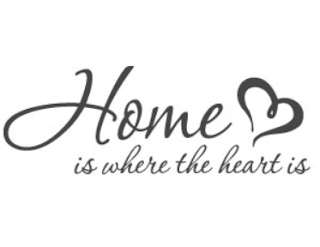 Verse 4.25: Some yogīs perfectly worship the demigods by offering different sacrifices to them, and some of them offer sacrifices in the fire of the Supreme Brahman.

It has been ages since I've written. Although numerous legitimate reasons can be given as to why I haven't been able to dedicate the time, it doesn't matter. The effects of not writing are resoundingly clear - I feel totally empty.

Yet coming back to the Gita today doesn't feel awkward or foreign. Instead, I feel welcomed back home! Just like a soft-hearted friend who finds a sweet way to tell us what we need to hear, today's verse is doing the same for me.

The word sacrifice has taken on a new relevance after having stepped away from writing this past month. I realize now that writing was a sacrifice I was performing on a daily basis - one of time and thought. And by taking that sacrifice for granted, I minimized its value.

As we've heard before:

Bhakti is all about attitude and intention.

The moment something becomes routine or automatic, it's time to take a step back and really check in to see where we stand. Have we become complacent? Where and how have our priorities changed? Is there something that is preventing us from experiencing the resolve and determination that we had when our enthusiasm was high?

It's often said that it's much easier to begin something than to maintain it. This phrase takes on a new meaning for me as I can see now how directly connected it is with sacrifice.

In order to maintain and sustain anything, it is impossible to do so without some sacrifice.

Whether it is a sacrifice of energy, time, money or mental resolve, it requires us to do a little bit more, push a little bit harder and give more than we may be willing to in that moment. But for anyone who has put in that sacrifice, they know how sweet the results can be.

In this instance, I'm not speaking about external results that can be measured visibly (although those too may come), but rather I speak to the internal growth one makes. That growth which helps us in our journey of discovering who we really are and becoming spiritual warriors.
Posted by Unknown at 10/24/2013 04:25:00 PM 2 comments: