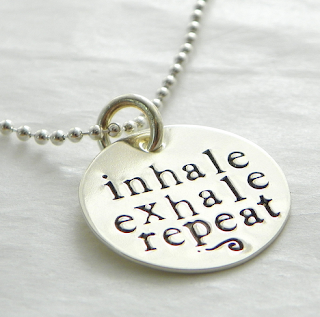 Extensive personal experience has revealed to me that taking deep, calming breaths can be the best thing to do when faced with any type of trying situation. Whether it be a heated argument, feeling out of place, becoming internally frustrated or even trying to curtail one's speech, it's amazing what breathing can do.

On a practical level, it calms one down. Now, it may not happen immediately, especially if one's emotions and feelings are quickly simmering, but by taking the time out to breathe, especially long and controlled breaths, the focus moves from the situation we face to the act of inhaling and exhaling.

In fact, my observation is that challenging situations result in me taking very short and shallow breaths. By consciously taking long and deep ones, the added benefits are numerous. More oxygen enters the body, one's attention is diverted to something else, and it just forces us to take some much needed time out.

That's why pranayama (control of the breathing process) is part of the yoga practice. Just as practicing different asanas (physical postures) help one to keep the body in healthy, working order, the breath has a huge effect not only on our body but on the mind as well.

This is one of the main reasons why I personally love the Gita so much. Not only is it practical but it answers a wide range of questions. From giving advice on how we can react positively to provoking situations to how we can find true happiness (and everything in between!), there's an answer to everything.

So the next time you feel yourself starting to lose it, take a breath. Taking that time out even for a few seconds or minutes could potentially give you a whole new perspective on the situation.
Posted by Unknown at 11/26/2013 12:38:00 PM No comments:

the potential to be great! 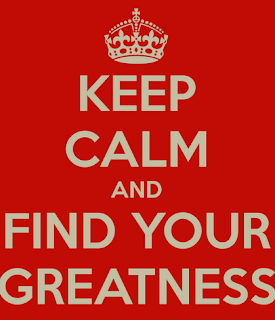 Verse 4.28: Having accepted strict vows, some become enlightened by sacrificing their possessions, and others by performing severe austerities, by practicing the yoga of eightfold mysticism, or by studying the Vedas to advance in transcendental knowledge.

The Olympics. Although I rarely think of the Olympics when they aren't on tv, by the time they roll around I am hooked and gripped in Olympic-fever.

These talented individuals not only make everything they do look easy but they do so with such focus, determination and confidence. Although the external draw may be the palpable drama and uncertainty of not knowing who will win the gold, there's a huge lesson that we can learn from these individuals.

Everyone has the potential to be great; it just requires proper coaching, faith and focus.

These three elements are necessary for success in all endeavors and even more so when specializing and trying to excel.

1. Proper coaching - this one element could arguably be the most important component to achieving success. Everything else stems from it. Not only does a coach, teacher, guru or guide enable one to learn and hone their skills, such persons provide a support system which is something we all need and crave.

As living beings, we are inspired by loved and encouragement and that's exactly what a qualified coach provides. They also serve as motivators who push us to do more than we ever believe ourselves to be possible of. This is why the concept of guru or a qualified teacher, is brought up again and again in the bhakti texts. It is not only integral to yoga but to life itself.

2. Faith - without having strong conviction that our pursuits are worthy and that we are capable of accomplishing them, it's extremely easy to get distracted and quit. That's why it is important to remember that our faith must constantly be fed. It's not a one time thing! When we associate ourselves with individuals who not only believe in us but are also pursuing a similar path or goal, our faith naturally increases. That's why like-minded association is invaluable.

3. Focus - focus is the result of having a solid foundation of support (through coaching) and faith. It's what allows us to sacrifice and set aside our short-term desires for the long-term goal. Similar to faith, it is something that has to be constantly fed and one of the ways to keep it alive and well is by controlling the mind. The Gita specifically talks about this at length and gives the answer to how we can become focused - through practice and detachment. We continue to do our very best everyday and if we become distracted, we do not dwell on it but pick ourselves up and get back on track.

It's important to remember though that these principles which can lead one to greatness are not reserved for a selected few but are available to everyone. The fact is we all have the potential to be great and are meant for greatness!
Posted by Unknown at 11/19/2013 01:41:00 PM 2 comments:

Verse 4.27: Others, who are interested in achieving self-realization through control of the mind and senses, offer the functions of all the senses, and of the life breath, as oblations into the fire of the controlled mind.

If you follow any major news outlet in North America, you've probably heard one name come up quite consistently in the past few weeks - Rob Ford. I bring up this personality today to use as a case study as to what could potentially happen when one does not control their mind and senses.

Mr. Ford, as many of you might know, is quite unbelievably still the mayor of Toronto. After repeated denials, he has finally admitted to binge drinking, smoking cocaine, buying illegal drugs and...well, I'll leave it at that as you can find out more by just Googling if you really want to.

One of the biggest lessons I've learned as an aspiring bhakti yoga practitioner is the fact that everything can serve as a lesson. In this instance, we can learn a great deal from the above-mentioned personality - specifically the consequences of leaving the mind and senses in charge.

One of the greatest benefits of practicing yoga, and specifically mantra yoga, is the increasing ability to control the mind, which is the leader of the senses. The mind, which is constantly accepting and rejecting ideas is perpetually active. That activity, however, needs to be harnessed. And that harnessing power can only come from the intelligence.

It's like a team. All members of a team may have great ideas and in their excitement may start talking over one another. But if the leader of the team is there to harness that energy and creativity, then great things can be accomplished. Without a capable leader, there is potential for frustration and disturbances to arise.

That's exactly what happens if the mind isn't controlled by the intelligence. It spins out of control. This is why discipline and regulation are foundational elements in the practice of yoga. They serve to keep us on track and when the mind starts to wander, the intelligence kicks in and reminds us of the greater goal - to truly connect with ourselves, each other and the Supreme.

For some of us, we've left the senses and mind play the leader for too long and neglected the intelligence. To reverse that situation takes great strength and determination. The key to keeping the inspiration to do so is not expecting results over night. Rather, by approaching every situation as an opportunity for practice, we start to become more aware of our habits and behaviour. It is that awareness that will help us put our intelligence back in control again.
Posted by Unknown at 11/15/2013 01:28:00 PM 2 comments: 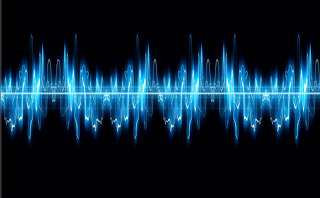 We are bombarded by sound. It's sad to say, but it's actually hard to find a quiet place these days because the environment is filled with pings, ring tones and email notifications!

With so many competing sounds vying for our attention, it's no wonder that people are finding it harder and harder to focus. There are just too many things that are "calling us."

Interestingly, the process of bhakti yoga begins with hearing. Not distracted hearing, but focused and attentive hearing. After all, hearing is one of the most powerful ways by which we can learn.

The challenge that many of us face is that it's all too easy to forget to about the soul within. Its cries for attention and need for care get drowned out by all the external noise.

This is one of the biggest obstacles the modern yogi faces.

The way to overcome it is by making a sacrifice - the sacrifice of looking within and ensuring that time is made to hear about the needs and interests of the soul. This type of sound vibration is what gives energy and inspiration. In fact, setting aside dedicated time everyday to engage in such hearing from great bhakti texts as the Gita provides the necessary strength to deal with all the other sounds that constantly surround us.