care is the strongest link 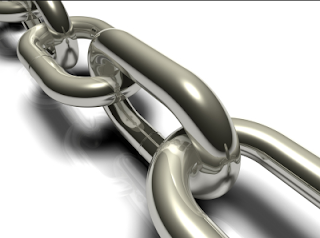 Verse 4.2: This supreme science was thus received through the chain of disciplic succession, and the saintly kings understood it in that way. But in course of time the succession was broken, and therefore the science as it is appears to be lost.

When I was in University, I always felt slightly disconcerted. With the exception of a handful of professors, I really didn't feel like any of mine were interested in their students. Being in Science, most of my Professors were just itching to get back to the lab where they could devote their time to what they really loved - research.

Since I was for the most part deprived of teachers who genuinely cared about their students' learning, I had to "teach myself" how to learn. It was at this time that I realized that modern education, and specifically Science, is rooted in the descending system of knowledge.

In other words, one learns from teachers (or in my case, textbooks) who gained knowledge from teachers before them etc etc... The key area where modern education and the science of bhakti differs is the one I pointed out initially - the aspect of care.

This is not to say that there aren't teachers out there who genuinely care for their students. There are! However, with schools overflowing and teachers being overworked and under-paid, it seems like these incredible personalities are dwindling in number.

In contrast, the very foundation of bhakti yoga is based on a a culture of care, not knowledge. Knowledge is definitely there, but it comes second - behind care.

If you think about it, care and love are the greatest things we can be taught since that is what links us to each other.

The understanding of a particular topic or subject, whether material or spiritual, is not based on its complexity, but the care and attention that a teacher gives to their students.

Today, we hear Krsna express how much He cares that the knowledge of bhakti is understood properly. He states that it was handed down through the line of saintly kings and that through time this succession of teachers was broken and therefore He is re-establishing it by speaking this knowledge to Arjuna.

If we can appreciate anything from the Gita - this is it. At the most basic level, it is a conversation between a teacher who genuinely cares and loves his student. The extent of that love is demonstrated when, at the end of the Gita, Krsna tells Arjuna to choose what he thinks will be best and offers to repeat the whole thing again if Arjuna hasn't understood it.