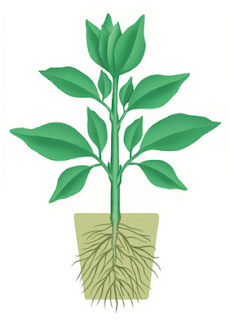 Verse 4.7: Whenever and wherever there is a decline in religious practice, O descendant of Bharata, and a predominant rise of irreligion — at that time I descend Myself.

Today I'd like to highlight the Sanskrit of this verse as it contains an extremely important word: dharma

The word dharma is often translated as "religion" in English which is often synonymous with the word faith. Unfortunately, this is one of those cases where the true meaning of the word gets lost in translation. That's because religion or faith can be accepted, rejected or converted, whereas one's dharma cannot be changed.

Dharma, as described by the great bhakti teacher, Swami Prabhupada, is the inherent characteristic of an object or living thing. Just as the innate nature of sugar is to be sweet and that of fire is to be hot, the dharma of the soul is to serve.

In fact, if only one word can be used to describe the quality of the soul, it would be service.

Whether knowingly or unknowingly, we are always serving something or someone all the time. For those who have been frustrated or disappointed in trying to serve others, that experience may impel one to repress their natural propensity of service, especially if that effort is not reciprocated.

So instead of being true to ourselves, we may become selfish due to negative experiences.

The bhakti texts describe that this frustration and pain arises when we are unaware of where to repose this natural inclination to serve.

So who should we serve then? Just as the leaves, branches and stem of a plant is nourished by watering the root, similarly all the other souls we interact with can be served by serving that person who connects us altogether - the Divine.

It's a subtle but important point to note. It's not that we give up trying to serve one another, which is what can sometimes be misinterpreted by the bhakti texts. Rather, it's placing the majority of our efforts and time in what will give us the greatest return by effecting the greatest number of people positively.

By serving the Divine by working in a spirit of detachment to the results and gratitude flooding our hearts, we serve all living beings simultaneously. It's kind of mystical actually!

It works because that positive attitude that we cultivate can effect other people unconsciously.

I'm sure everyone has had an experience where they have spent time with an amazingly inspirational, positive and/or spiritual person and afterwards they are left feeling happy and enlivened. If you ever wondered why, it's because you imbibed the other person's consciousness.

It's actually the greatest good we can do the planet today; that is, to work on ourselves and re-awaken (if it's sleeping or has been crushed) our propensity to serve. Just by doing that, you can become an instrument of powerful change and positivity.
Posted by Unknown at 7/30/2013 11:51:00 AM